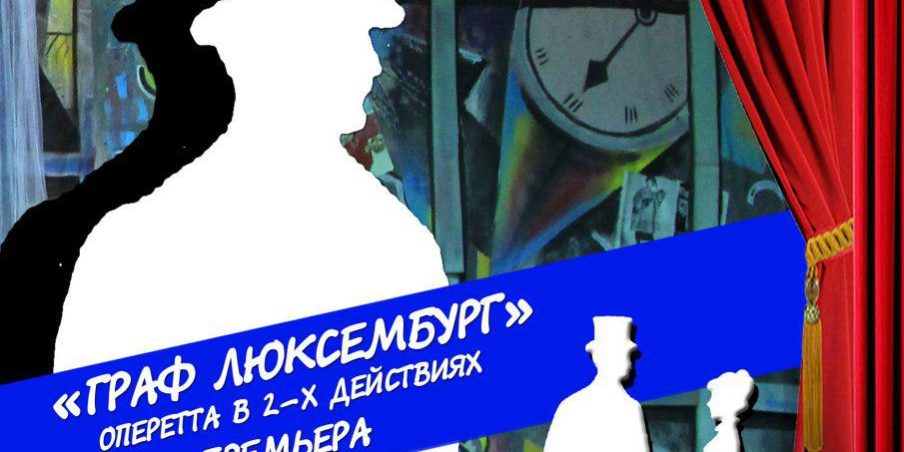 June 16 at 5:30 pm F.Legar
“Count of Luxembourg”
Operetta in 2 acts Thanks to Franz Legar and his operetta, Count Luxembourg became a symbol of incorruptible love and Paris chic. For half a million francs, a beggar Earl Rene von Luxembourg agrees to enter into a bogus marriage. But he has no right to meet his wife. The girl must remain a stranger to him, because, having received the title of countess, she can become the bride, and then the prince’s wife. During the marriage, the newlyweds are separated by a screen and do not see each other. When they are later introduced to mutual friends, the heroes realize that they have met their love. Considering that they are married, Rene and Angel consider their novel hopeless, but there is a happy turn in their fate.